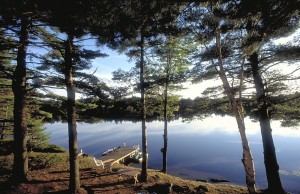 Waste Watching. It used to be trash. Now it’s waste and I’m supposed to manage it. It’s a sad commentary on the erosion of yet another cherished pillar of our civilization, the local dump. Recently, I received my new dump card. The good old days of the community exchange, when neighbours could socialize while picking over each other’s discarded junk now only happens at garage sales. Gone is the trading ritual of pick ups parked tailgate to tailgate at the dump, shuttling stuff back and forth without ever throwing it out. But dump demise is good news for flea markets, where the public gets to pay for what used to be disposed of for free. While Canada Revenue is cheering the disappearance of this underground economy, it’s a sad day for tomorrow’s archaeologists.

Dumping on the Dump…

Meanwhile, tipping fees have ended the neighbourly taking of communal garbage when one cottager heads to the dump. Not when charges of over-dumping or card fraud could result. Besides, who knows what illegal substances a neighbour might be trying to smuggle in.

My dump is a fortress. Gates, fences and guards. They even have attack bears to keep illegal dumpers at bay. Dump security is a strange concept: I’ve never thought of it as a place to which I’m irresistibly drawn with the uncontrollable urge to dump. Maybe there have been line-ups of raving lunatics when I wasn’t looking.

There’s more: recycling, biodegradable products, and pay per pound – and now, refuse rationing – consume as much as you wish, but throw away only one bag per week. Think of the possibilities: folks shot while trying to sneak their extra garbage into neighbouring cans; the debut of the one ton garbage bag; black market trash; larger coffins to accommodate both corpse and surplus garbage; demand for extra large safety deposit boxes; refuse fashions, furniture and fuel; inheriting trash from some obscure aunt; depressions triggered by popular reluctance to buy anything that isn’t guaranteed to disappear immediately.

With blue boxes, folks know more about their neighbours than ever before. What detergent is used and whose kids eat macaroni dinners. Who drinks what and how much? Keeping up with the Jones’ dictates that empty liquor bottles be more expensive brands each week. As the status competition heats up, people are throwing out half empties; unopened bottles if you really want to make an impression.

My own blue box experience is a case in point. Dutifully, I placed my washed cans out, but they were not picked up. Thinking they were getting pretty choosey, I de-labelled the cans and set them out again the next week. No pick up. Why was my garbage being rejected? Wasn’t it good enough? Clean enough? Orderly enough? What were the neighbours thinking?

Desperately, I tried different set out times; polished and scrubbed cans — laid out in neatly gleaming arrangements with all my newly acquired waste management skills. Nothing gone! A failure at life, I bought more upscale brands and saw a therapist about waste rejection. I also prepared cash bribes.

Finally swallowing my pride, I called the municipal offices to plead for acceptance. I explained how my ancestors came over with the Mayflower and what a decent person I really am. My garbage was so good it was practically recycled already! Only to be quietly informed that blue box pick up at my cottage didn’t start until the following week.

I’m still struggling with my inferiority complex. But this episode made me think. To avoid unnecessary sorting, packaging, tying, carrying and inspection by dump security people recruited from Canada Customs, I have trimmed my consumption and changed buying habits. I bear my dump card proudly with my credit cards and use it more wisely. I started a compost heap that my dogs love.

Sure, garbage isn’t as carefree as it used to be, but then neither am I. It’s time I did my bit for the environment, and waste management is simple start. The wife says that for a real challenge I should get into waist management, but I am too polite to ask whether she means hers or mine.