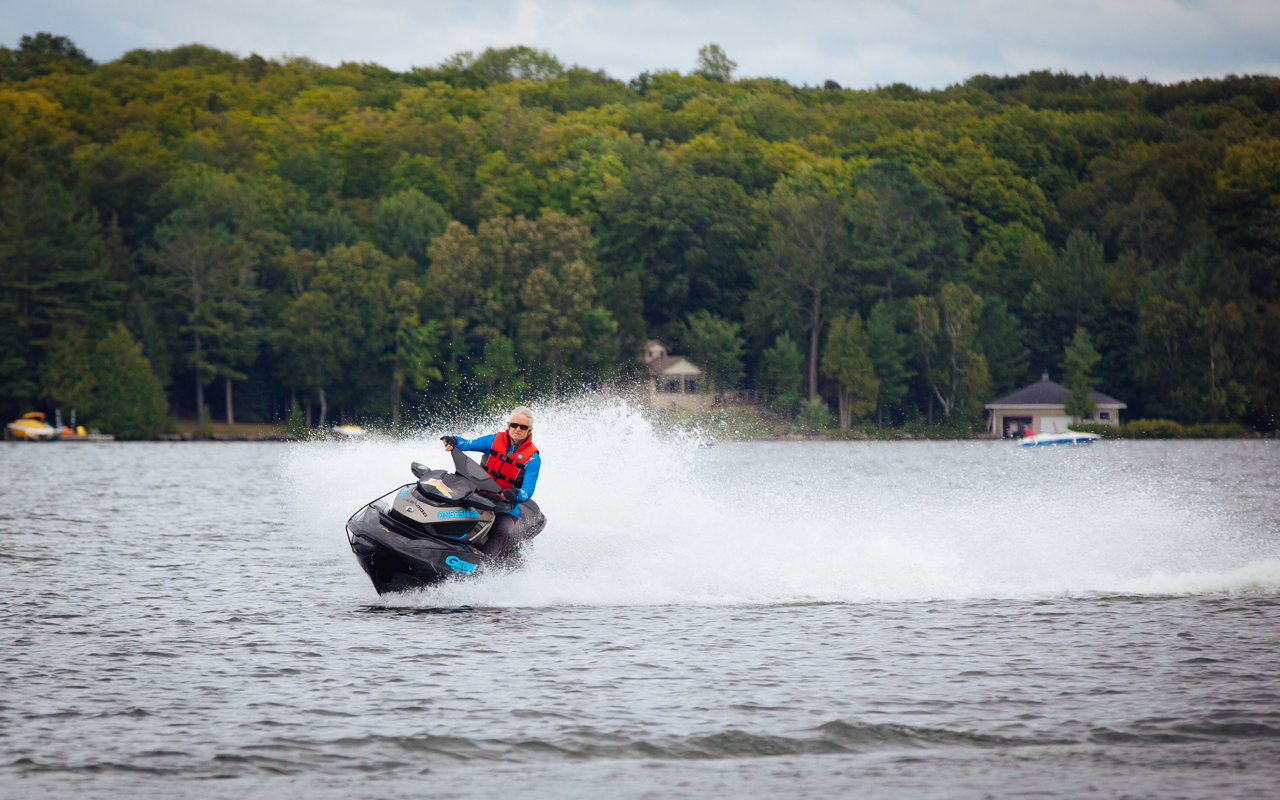 Related: What To Take & Wear

Under Armour athletic support for Sea Doo Tours supports your package. Now, let’s see if I can get through this jet ski blog without making another wise crack. It’ll be tough because the topic is somewhat private. Or at least parts are. But in the interest of more progeny, I feel compelled to address this. But alas, no product review photos for obvious reasons! Check out many other product reviews.

The topic is athletic supporters. Not sports fans, but jock straps. Those elastic thingy’s that hold a guy’s package securely in place when everything else is shaking loose. Kind of like underwear briefs, but with a lot more pick up.

In Search of Athletic Support…

I don’t know about other guys, but when I’m out pounding the waves on my Sea-Doo watercraft, that’s not all that’s pounding. So I went is search of athletic support.

Much to my dismay, I couldn’t find one. Not even a good jock strap. Every store had a broad selection of sport bras for women. But nothing to fulfil a similar function for men, albeit hopefully lower down. Oh, I could have settled for a baseball or hockey protector with a hard cup, but my worry on a jet ski isn’t a line drive or slap shot to the family jewels. I just don’t want my boys tossed like a salad on a PWC adventure.

After much Internet searching, I found a colourful array of what looked like athletic supporters. But I was suspicious of their true purpose.  Besides, I don’t think I’m ready for a day-glo orange love strap with sparkly sequins.

I was loath to give up on athletic supporters. After all, if there isn’t enough demand from the male of the species to prevent shaken packages, what’s the future of reproductivity? We may be looking at a generation of babies suffering pre-coital concussions.

Never one to dwell much on the bigger picture, I finally settled on something called Under Armour compression core shorts, kind a girdle for one’s nether region. They cost a fortune, but when you have the men’s support market cornered, I guess price is no object. I felt like I’d been held up, but I guess that is the object, isn’t it?

The core short dries quickly and provides decent support while Sea Doo riding, because lord knows there’s no room inside for anything to move one iota. In fact, they’re so tight my voice raised an octave. So, it’s important to get everything settled and adjusted upfront. Because during a long day of jet ski riding, anything that’s not properly placed could emerge bent, creased or flattened. But I guess that’s better than bruised, bashed or pounded. It’s all a matter of degree, isn’t it?

If you enjoyed this post, check out more reviews!