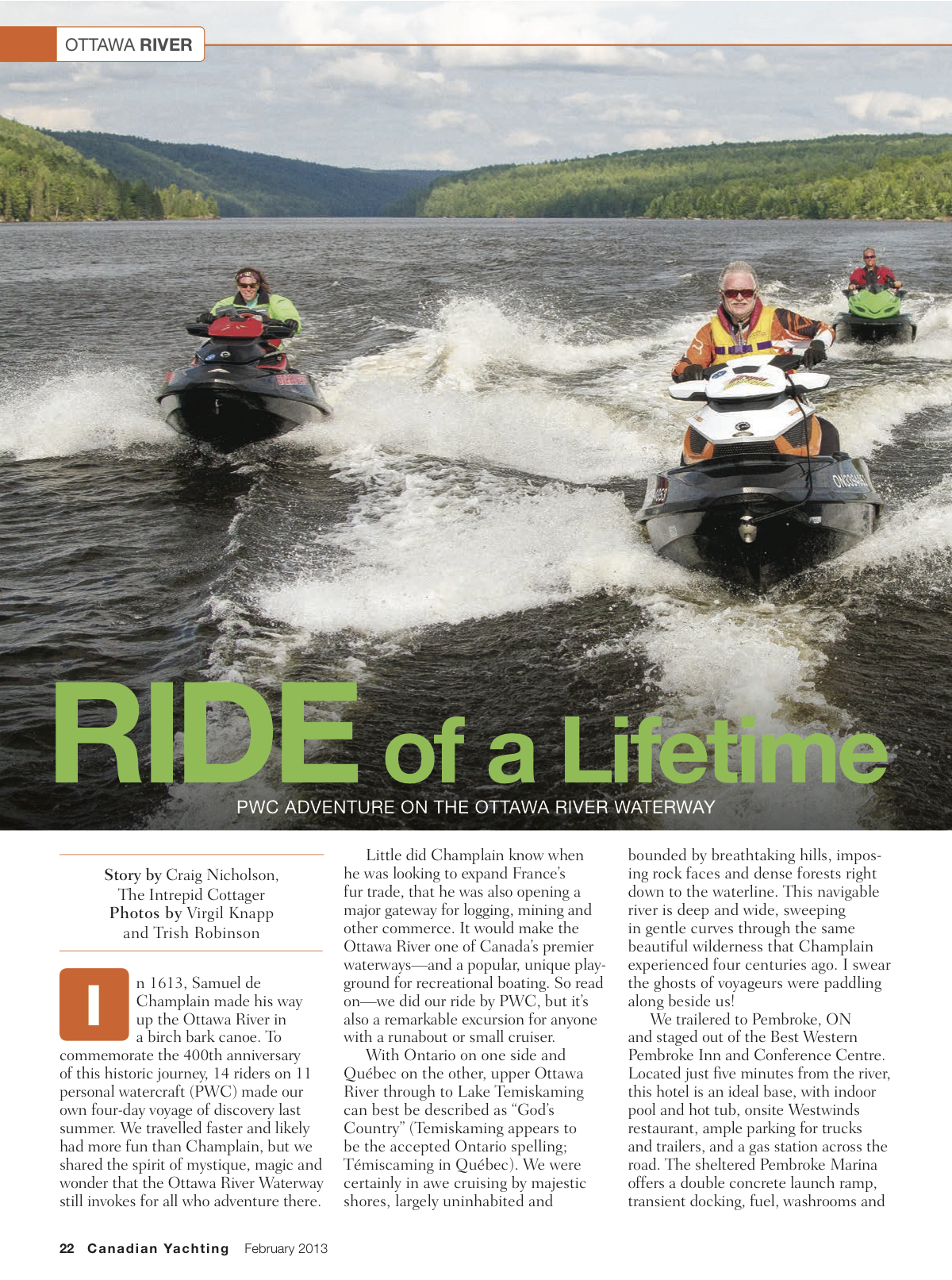 In 1613, Samuel de Champlain made his way up the Ottawa River in a birch bark canoe. To commemorate the 400th anniversary of this historic journey, 14 Sea Doo riders on 11 personal watercraft (PWC) made our own four-day voyage of discovery last summer. We travelled faster and likely had more fun than Champlain. But we shared the spirit of mystique, magic and wonder that the Ottawa River Waterway still invokes for all recreational boaters who adventure there.

Looking to expand France’s fur trade, little did Champlain know that he was also opening a major gateway for logging, mining and other commerce. It would make the Ottawa River one of Canada’s premier waterways, Also, a popular, unique playground for recreational boating, especially PWC adventures. So read on – we did our self guided Sea Doo tour on Sea Doo, jet ski or waverunner personal watercraft. But it’s also a remarkable adventure for any recreational boater with a runabout or small cruiser. 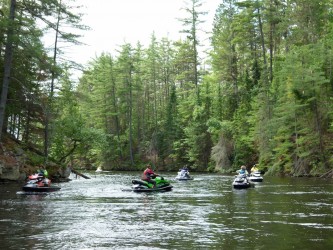 With Ontario on one side and Quebec on the other, the upper Ottawa River through to Lake Temiskaming can best be described as “God’s Country”. (Temiskaming appears to be the accepted English spelling; Témiscaming in Quebec). We were certainly in awe Sea Doo riding by its majestic shores. Largely, they are uninhabited and bounded by breathtaking hills, imposing rock faces and dense forests right down to the waterline. This navigable river is deep and wide. It sweeps in gentle curves through the same beautiful wilderness that Champlain experienced four centuries ago. I swear the ghosts of voyageurs were paddling along beside us!

View Pembroke to Mattawa in a larger map

Read the complete article “Ride of A Lifetime” as published in Canadian Yachting Magazine.