Ride from Waubaushene to Parry Sound Amid 30,000 Islands… 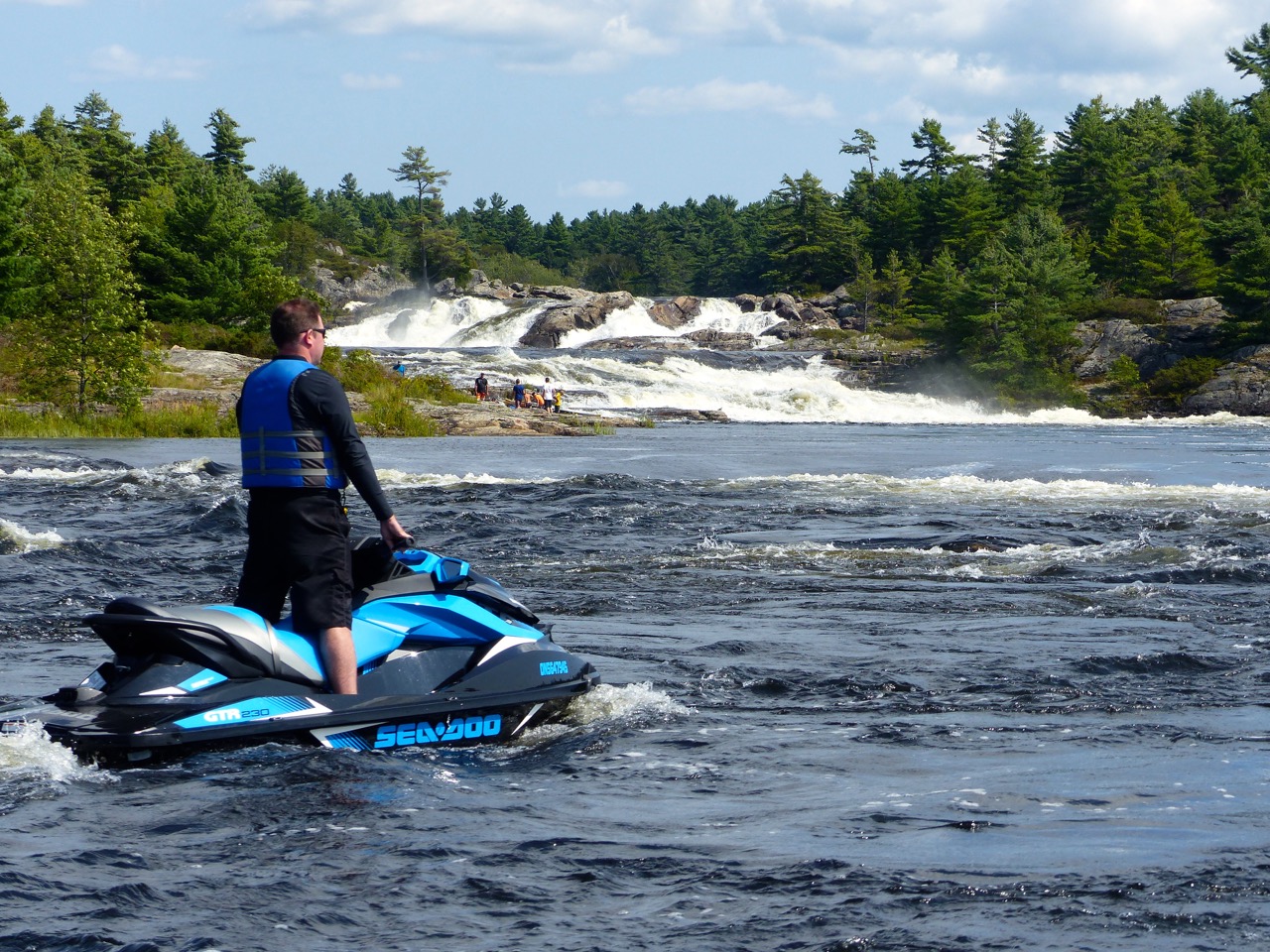 This Parry Sound Sea Doo tour launches from Bridgeview Marine in Waubaushene, Ontario. From there, the return ride is about 170 kilometres (106 miles). Previously, I’ve ridden and written about a slightly longer Southern Georgian Bay ride from Sparrow Lake to Parry Sound (Passing through three locks on this route can add several hours to your ride time). Please refer to article for more details and tips.

But I also wanted to provide info to Sea Doo watercraft, jet ski and waverunner riders on this shorter ride. It’s a good option for other recreational boaters. It’s also a smart alternative when your time is limited, daylight hours are shorter, or lock operations on the Trent Severn Waterway are reduced. 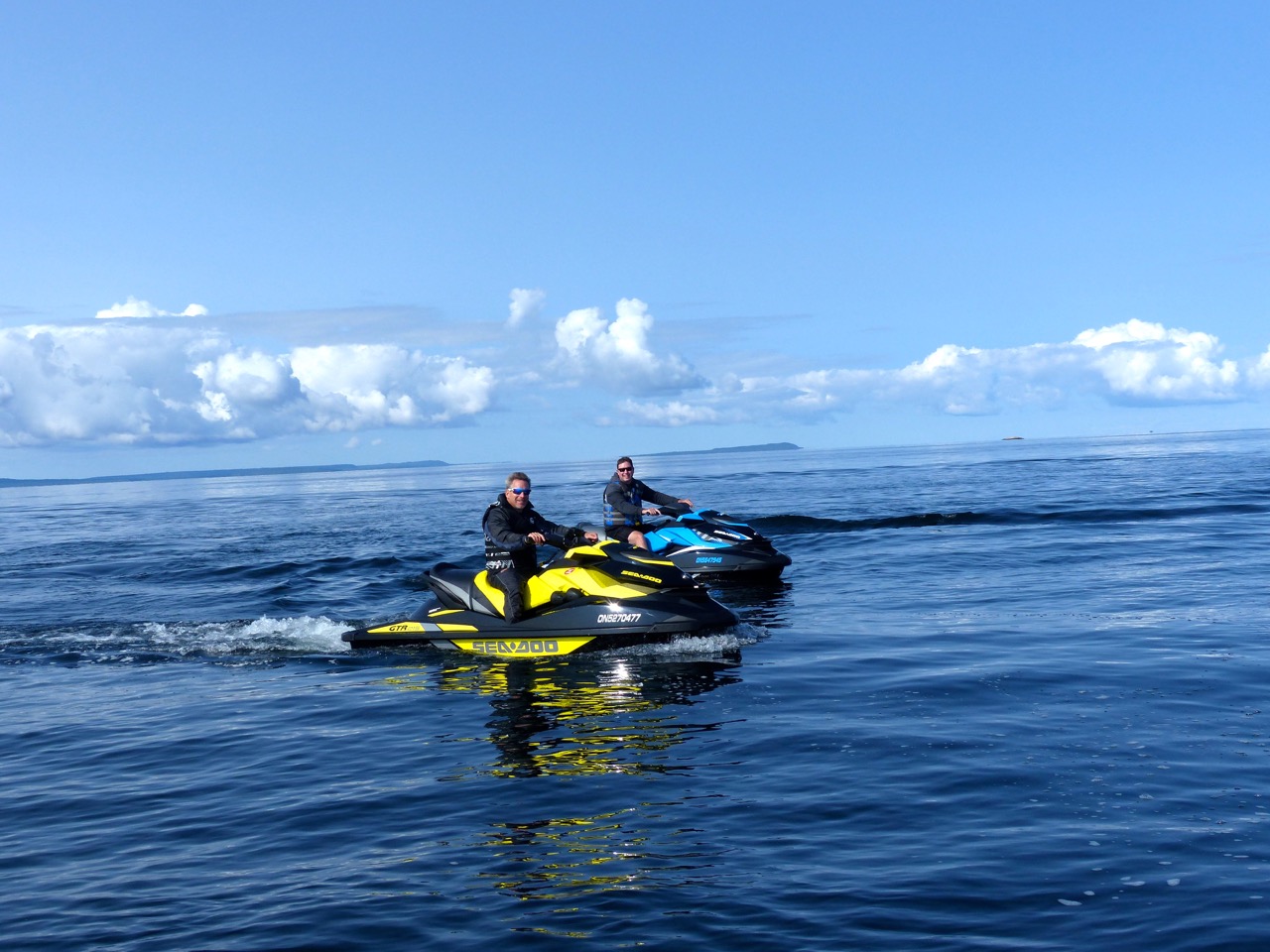 We launched from Waubaushene at 9:30 AM and returned at 5:30 PM. We stopped for lunch in Parry Sound. On the way back, we explored our way through a 40-kilometre (25-mile) side trip to the Moon River Falls (turn east from main channel at buoy C180 just south of Henry’s on Frying Pan Island). There are no locks on this ride.

As usual, we started with full gas tanks. Cruising between 65 and 70 kph, we made it to Parry Sound no problem with at least 1/3 a tank left. Then after our detour up the Moon River, we topped up at the local marina. We made it back to Waubaushene with fuel spare (note that there is no gas at Bridgeview Marine).

The marine route from Waubaushene to Parry Sound is well marked with international navigation buys. Mostly, it follows the relatively protected inner channel. But it’s still prudent for personal watercraft riders not familiar with this waterway to carry digital marine charts and GPS. There are literally thousands of islands & channels, which can be confusing. If you wander off course, the numerous hidden rocks & shoals aren’t very forgiving. 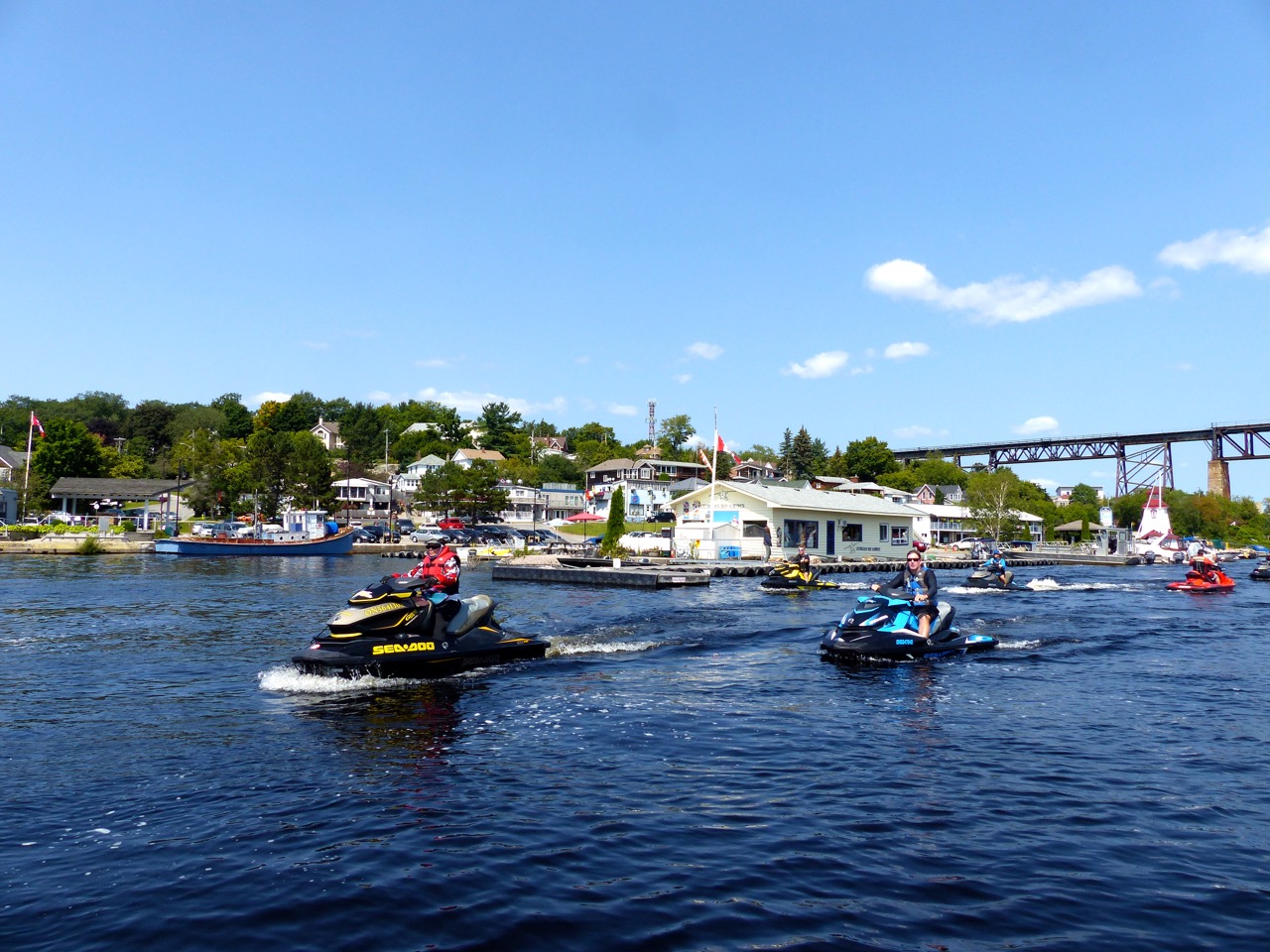 I’d also recommend picking a ride day with predicted low winds. There’s big water coming off the main body of Georgian Bay. That can make it rough going on a windy day that whips up the waves. And remember, Georgian Bay is part of Lake Huron (one of the Great Lakes) where water temperatures are typically chillier than inland water bodies.

I point this out, because this Parry Sound Sea Doo Tour route is also the main course for large recreational boats. And that means big wakes to go with natural waves. So two tips: one, you’re likely going to get wet on this ride; and two, dress warmer than usual to ward of a chill. Oh, and if you enjoy wake jumping, you’ll catch some decent air here.

We had a bright sunny and calm day for our ride. In these conditions, it’s a spectacular Sea Doo tour. The shoreline and inner channels of Georgian Bay have a haunting beauty. There’s a lot to explore amid that majestic rock. And It’s possible to stay off the big open water most of the way for a smoother ride. That said, winds are usually calmer in the morning. But they tend to pick up later in the day. So it’s likely to experience what we did: smooth going until about lunchtime. After that, it can get pretty choppy on a calm day or rougher on a day where winds have been 15 kmp or more all day.

This Parry Sound Sea Doo Tour is well worth doing for personal watercraft riders and recreational boaters. Part of the appeal is that this waterway very different from most others found in Ontario. By one count, there are about 30,000 Islands to explore (or get lost in). So it’s memorable and exciting and fun all wrapped up in one. I wouldn’t recommend it for novice jet skiers, those riding Rec Lite models, or for anyone who isn’t up a bit of a challenge. But everyone else will have a blast! 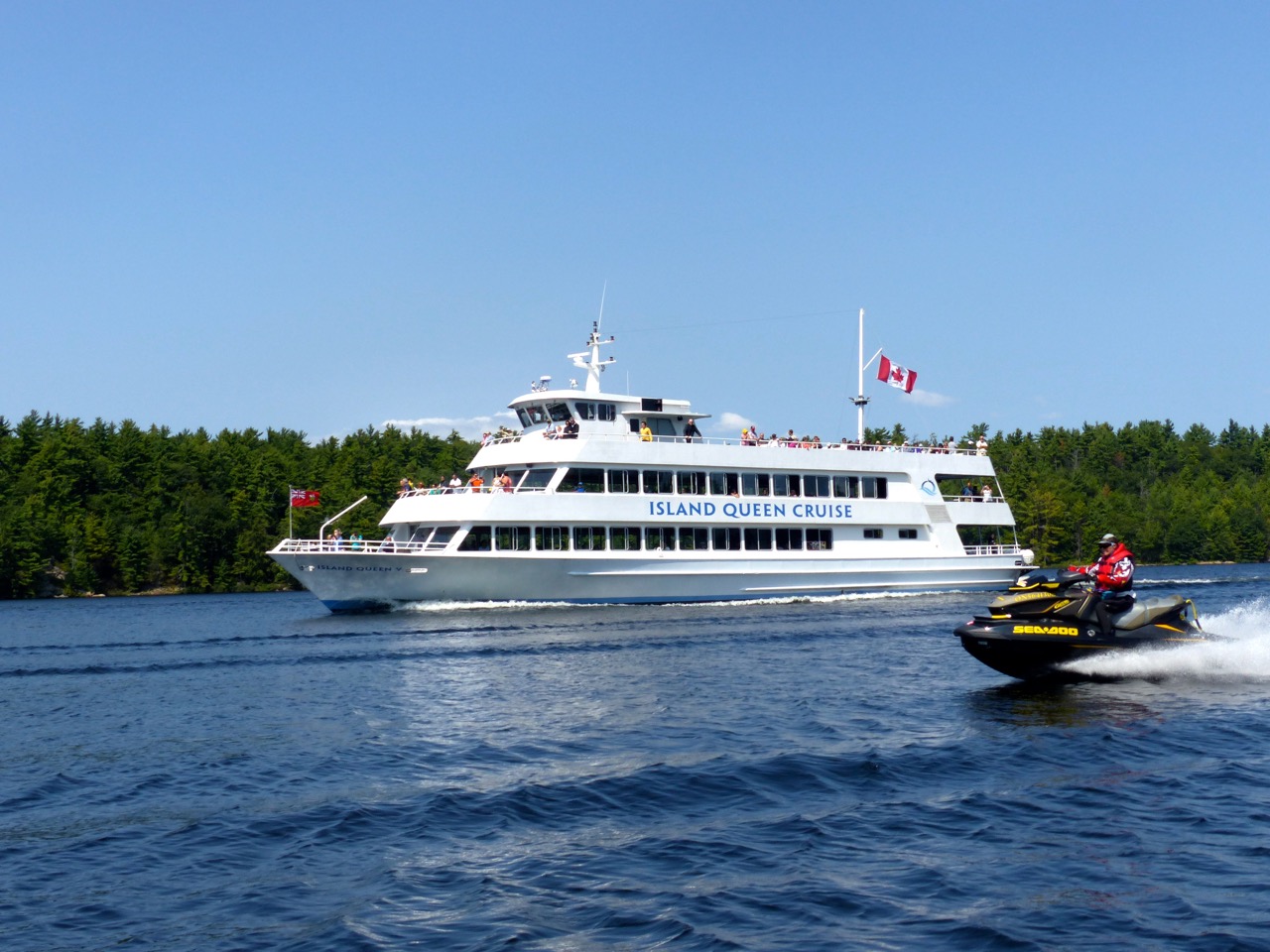