Hw To Get More Jet Ski Distance Per Tank… 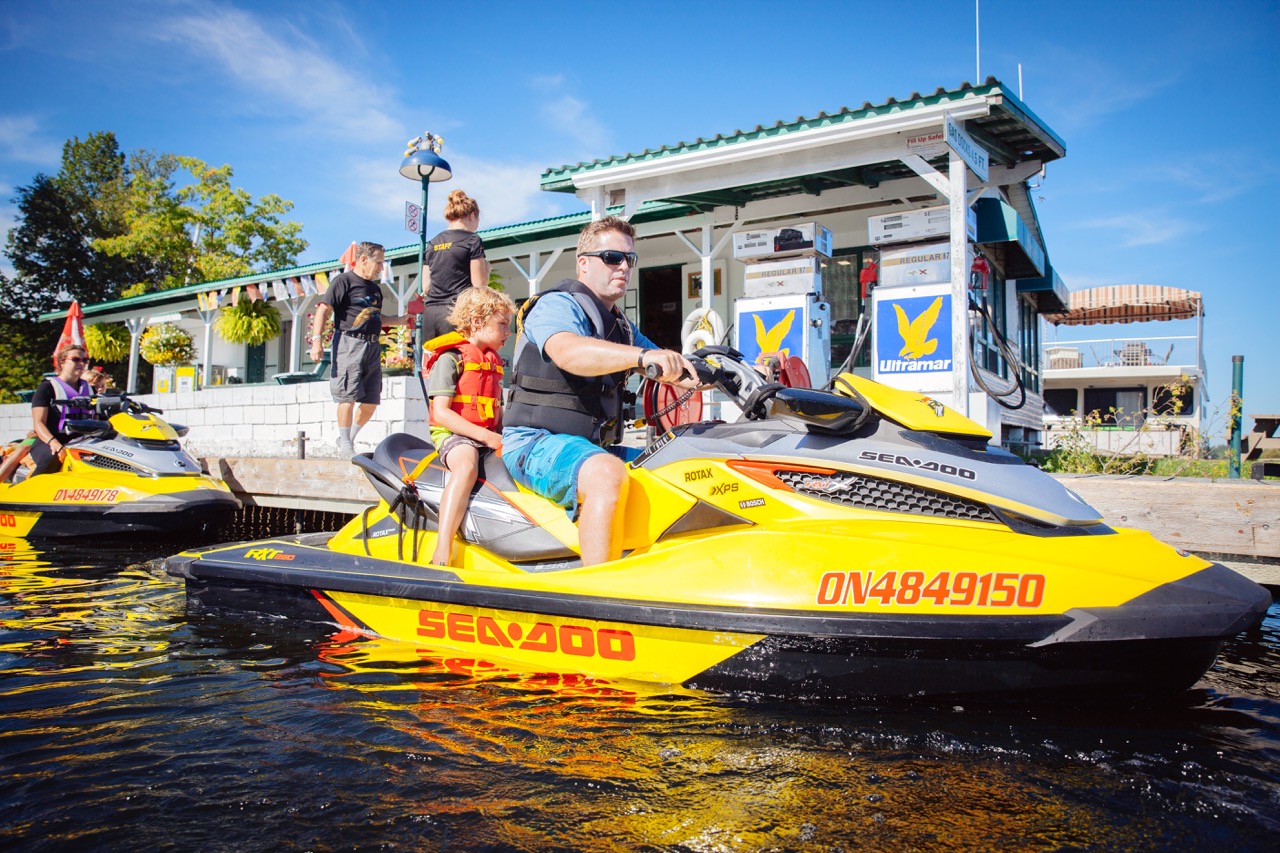 More personal watercraft riders are getting involved in jet ski touring. So curiosity is growing about PWC fuel economy, jet ski fuel efficiency and range while riding Sea-Doo watercraft. I’m no rocket scientist. But I do a lot of Sea-Doo riding and have a pretty good sense of how far I can jet ski on a tank of gas. Also, what that PWC fuel consumption will cost me on a Sea Doo tour. Plus, I’ve some great PWC fuelling tips for PWC adventures.

Let me begin by suggesting that recreational boats in general don’t get as good fuel mileage as land vehicles. For example, I can go much farther on a fill up with my Ski-Doo Renegade Enduro 900 ACE snowmobile than I can with my Sea-Doo GTX 155 4-stroke watercraft. And as with any engine, jet ski fuel efficiency and PWC fuel consumption is directly dependent on throttle pressure. The harder you accelerate and the faster you go, the more and quicker gas gets consumed. And the worse your PWC fuel mileage will be. So fuel economy is a bit of a moving target on personal watercraft. But here’s what I’ve found while Sea Doo riding on PWC adventures… 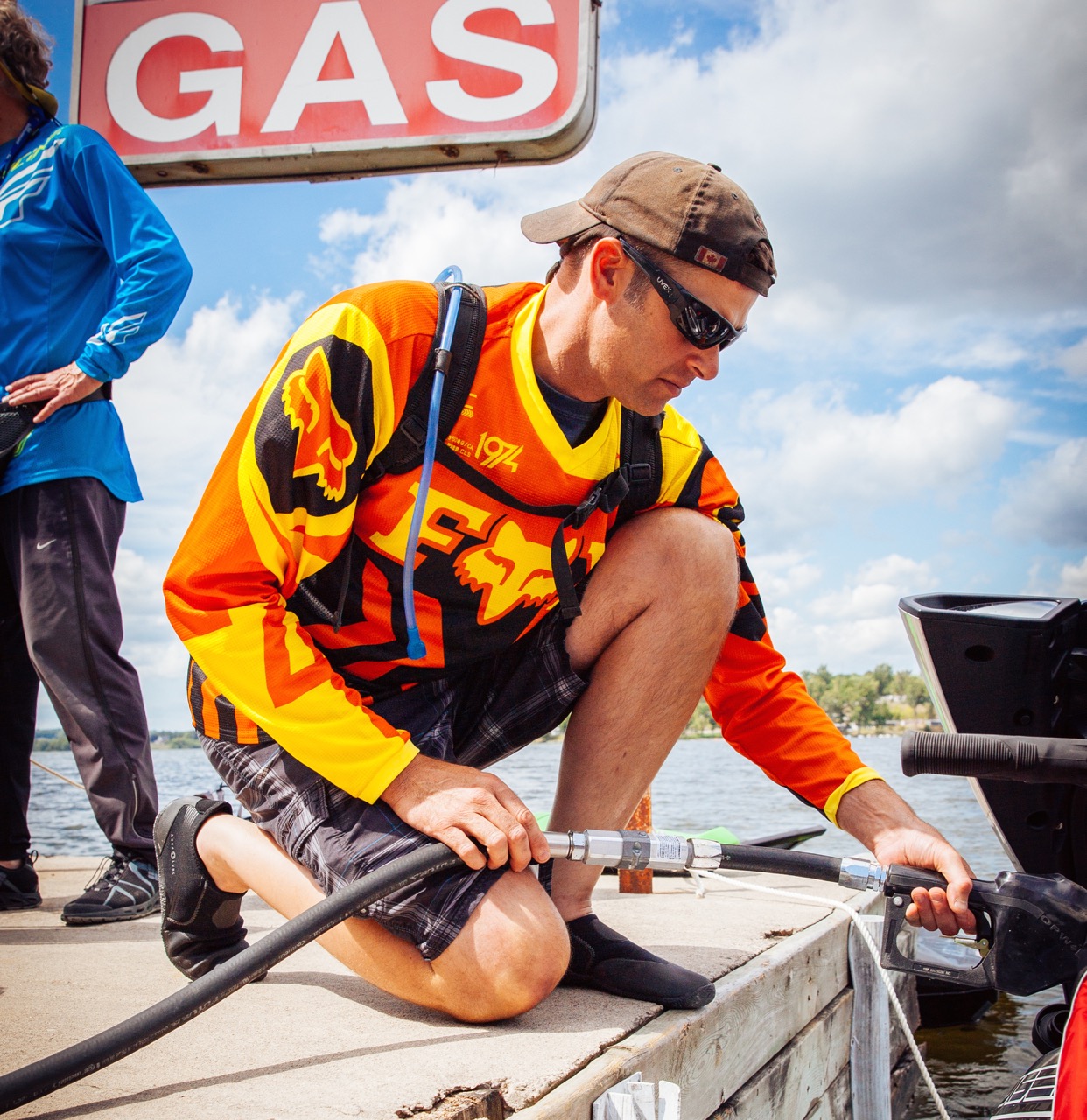 Generally, we cruise along at about 65 kph on long Sea Doo rides. Go much faster than this and fuel economy plummets along with fuel mileage. This equation seems to apply to both touring models like my GTX 155 or a performance unit with a 300 HP motor. Either model in ECO mode will use a little less fuel. But the speed on my GTX tops out at about 60 kph in ECO, so I only use it if it’s a slower Sea Doo ride or if I’m uncertain where the next gas is.

There are other factors on the water that decrease fuel economy and fuel mileage. Such as Sea Doo riding into prevailing wind, against a strong current or crashing through waves. And like any motorized vehicle, being poorly serviced or carrying additional weight (extra passenger, towing or baggage) also contributes to worse fuel economy.

The size of your gas tank also counts for fuel mileage. Most Sea-Doo models hold 60 litres. Pre-2018 Sea-Doo suspension models have 70 litre tanks, I guess because suspension adds about 60 kg to the unit’s weight. Meanwhile, a featherweight Sea-Doo Spark has only a 30-litre tank. 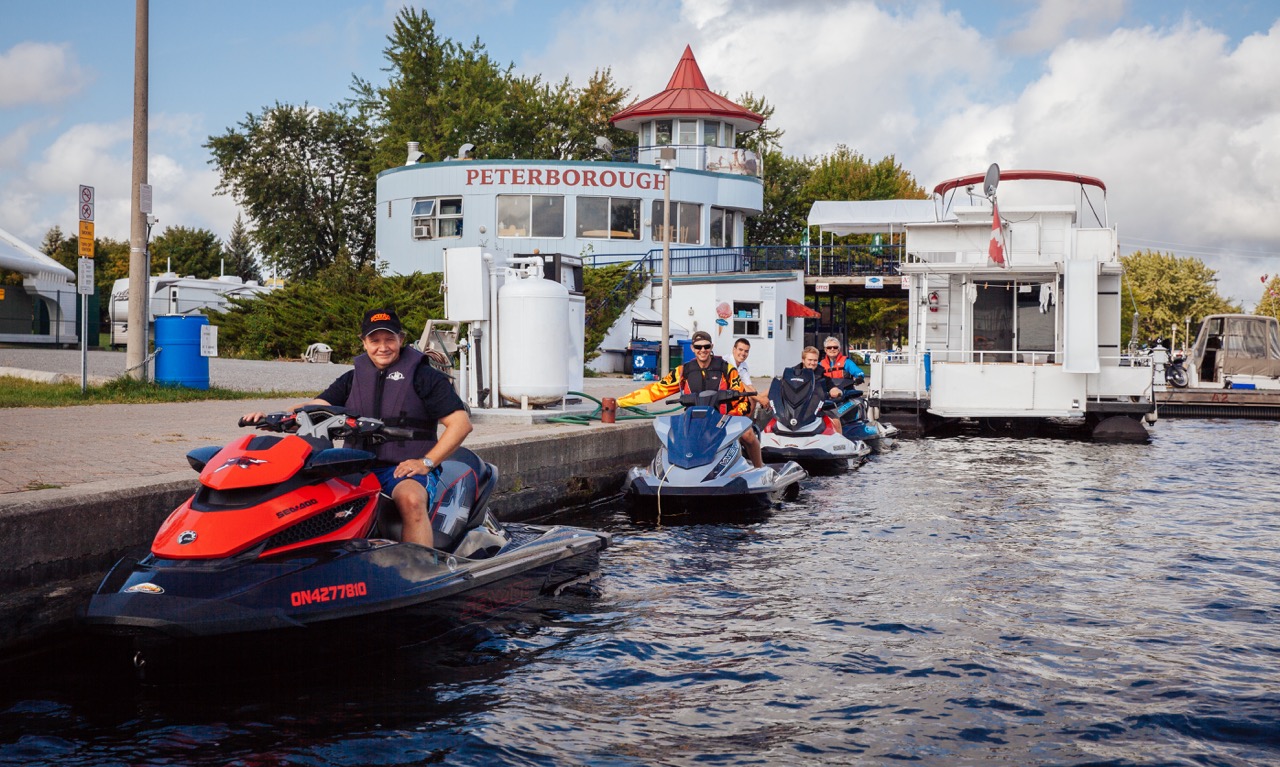 But under the same riding conditions and throttle usage, each of the above seem to get about the same range overall. Recently, we completed a long ride with a Sea-Doo Spark 900 ACE. Despite the smaller fuel tank, its fuel range competes well with larger Sea-Doo 4-strokers thanks to that super efficient ACE. If PWC fuel economy and efficiency is top of mind for you, check out the new Sea-Doo GTS, GTI and GTI SE models. Each is powered by a 900 ACE from 2017 on. Maybe max performance + efficiency is your thing. If so, take a look at the new supercharged Rotax® 1630 ACE in the GTX Limited 300, RXP-X 300 or RXT-X 300. 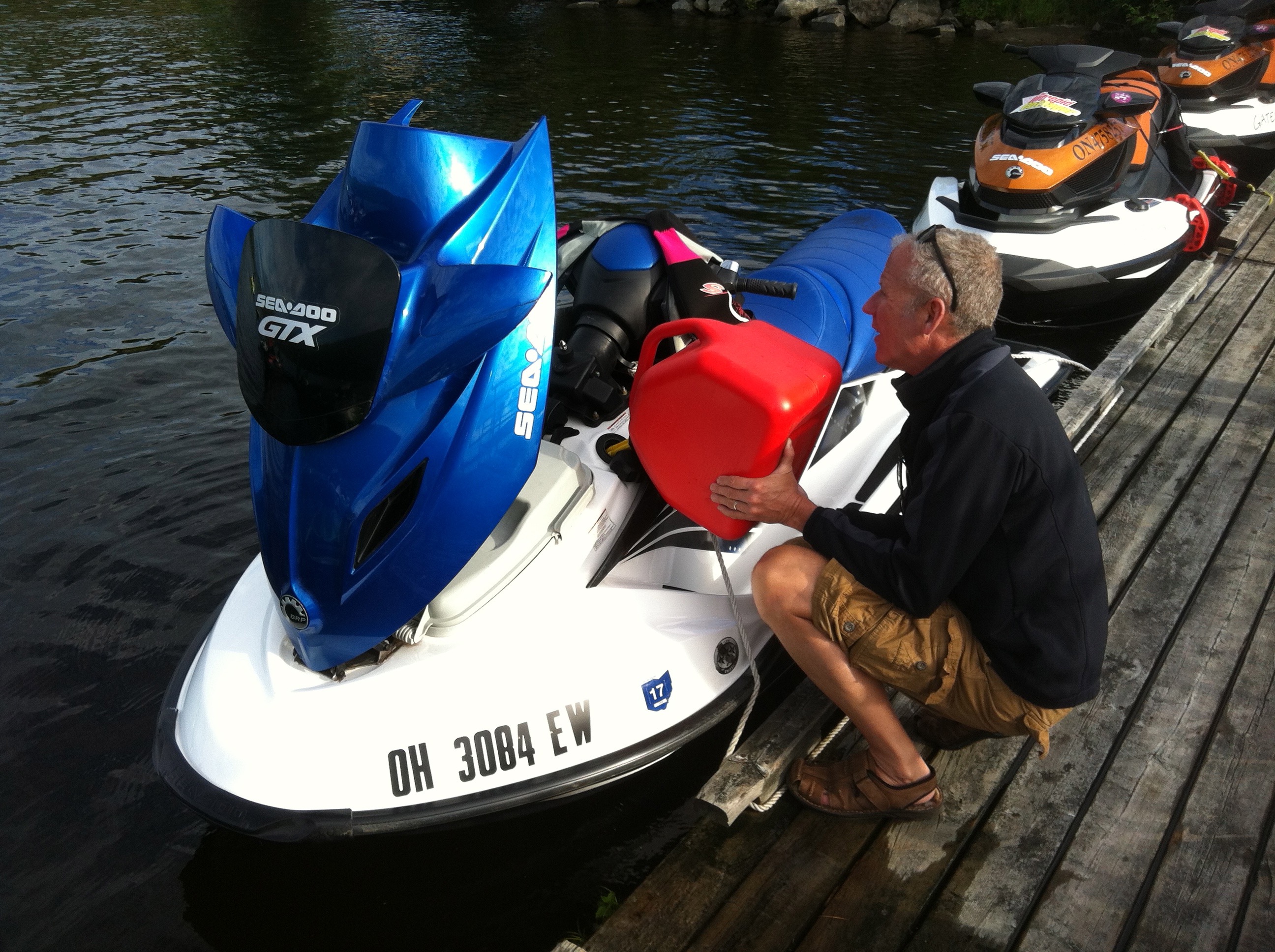 That all being said, my GTX 155 cruising range without a passenger seems to fall between 130 and 150 kilometres in normal conditions. This is at a pace of 65 kph or less, not bad fuel mileage for a personal watercraft. I may be able to extend a little beyond 150 in a pinch by using ECO all the way and being very light on the throttle. But I’d rather get gas sooner and spare the stress of watching the gauge drop so low. After all, when riding a jet ski of any kind, the same two maxims apply that I’ve taken to heart while snowmobiling. One, never pass gas. And two, when it comes to gas it’s always better to be looking at it than for it, no matter the cost!

That’s why I always try to fill up at a roadside station while my Sea-Doo’s are on my Triton trailer, instead of at more expensive marinas. And I ride models like the GTX 155 where the manufacturer’s recommendation is for regular fuel, not premium. Even so, a day of PWC adventures generally costs me at least twice as much for fuel as a day of snowmobiling. With nowhere near the distance. But that’s the price of play and as a Sea Doo rider, I’m more than willing to pay it!