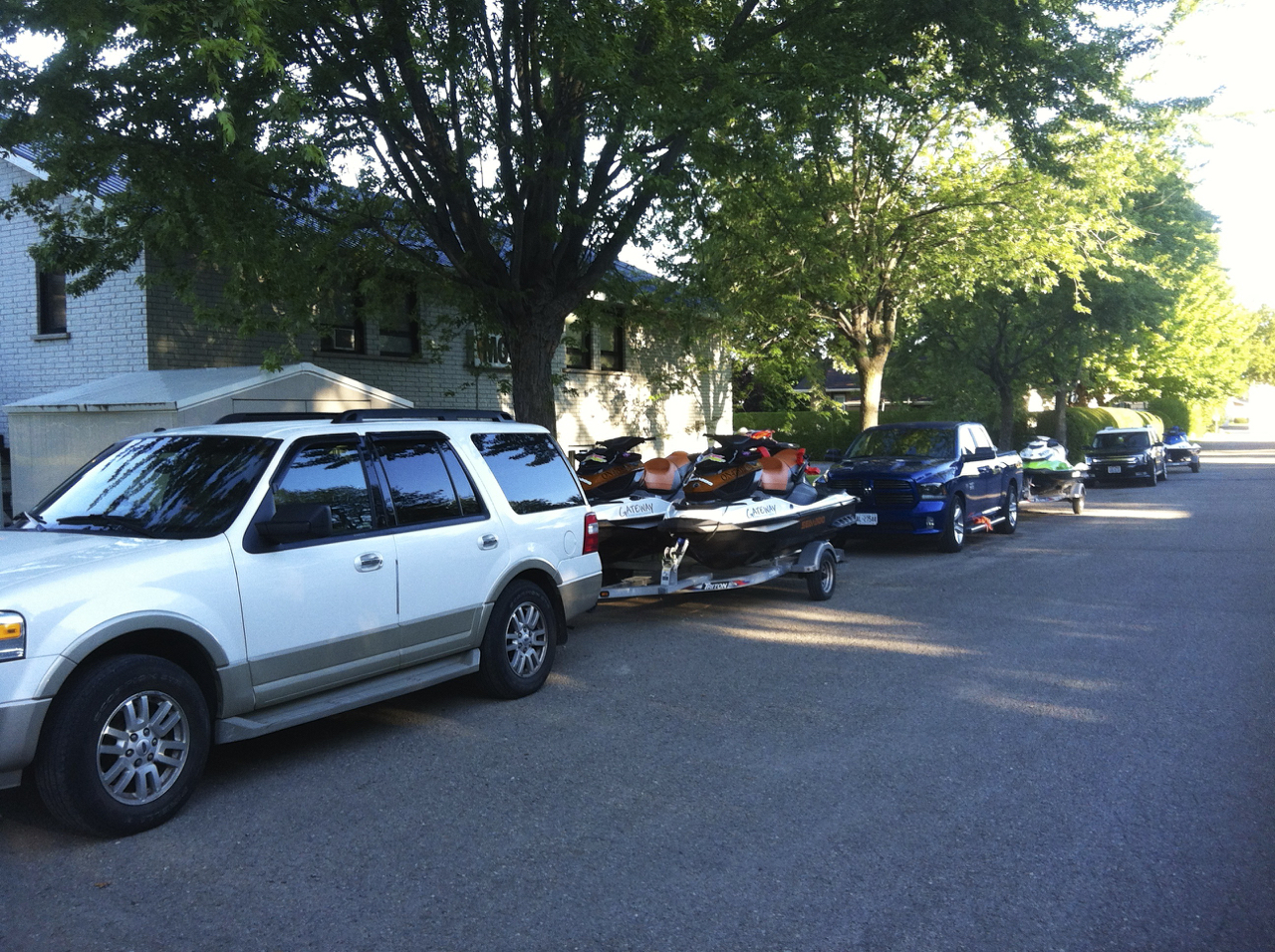 This is a story about my trailering mistakes on PWC adventures. Hopefully, other personal watercraft riders and recreational boaters can learn from my jet ski mishaps. And also from my best PWC trailering tips and towing & launching tips on Sea Doo tours…

Over the years, I’ve towed my Triton Trailer tens of thousands of kilometres to get to my Sea Doo watercraft to the next waterway or or my Ski Doo snowmobiles to the best snow. In all of that time, I can count on one hand my trailering mistakes. I’m not too proud to admit most resulted from operator error. In other words, I screwed up…

In one trailering mistake, I mustn’t have had my trailer hitch firmly seated on the ball of my tow vehicle when I picked up my toy hauler. I was alone when it popped off down the highway. That’s when I quickly learned the value of crossed safety chains. The only damage (other than to my ego) was severe road burn to the spare tire. Mounted on my trailer tongue, it had dragged along the pavement until I stopped. A small price to pay considering how much worse it could have been.

Lessons learned from this trailering mistake: Always double check the hitch connection before moving. Don’t panic when your trailer suddenly goes berserk behind you. If you’re lucky enough to be towing alone, no one needs to know how you screwed up. 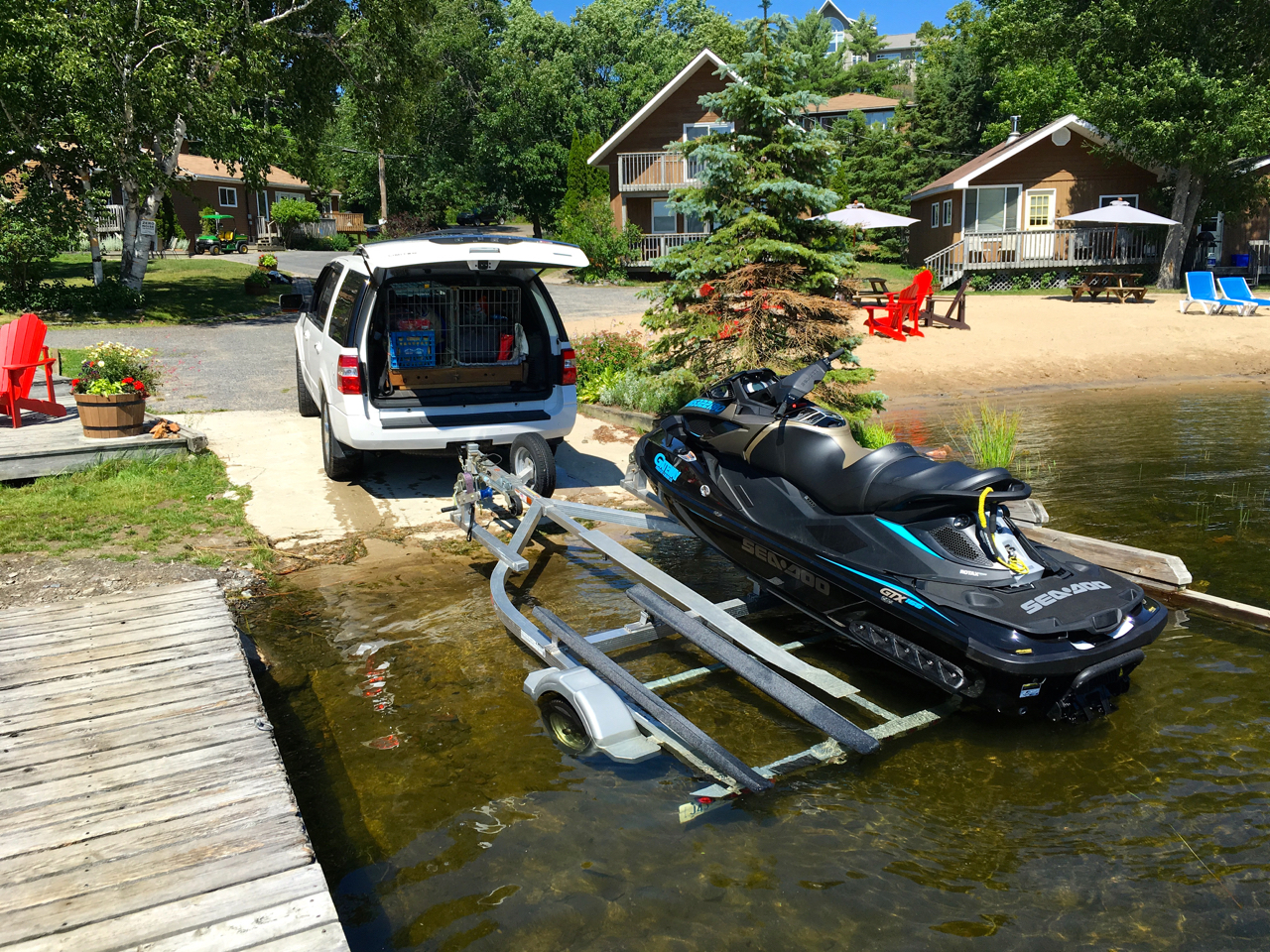 For another trailering mistake, I was alone at a boat launch reloading my PWCs on the trailer. I drove out too fast. One tire took a hard hit from a submerged obstacle. Wooooosh – the rim seal broke and that tire went flat before I even cleared the ramp. But that’s what spares are for. Except while the one I had was the right size, the hole pattern of its rim wasn’t compatible with the trailer’s lugs. Luckily, I found an open garage that switched rims for me so I could tow home.

Lessons learned from this trailering mistake: Always pull slowly out of the water at a boat launch. Make sure the spare is both the right size and has a rim that fits the trailer being used. If you’re lucky enough to be reloading alone, no one needs to know what happened. 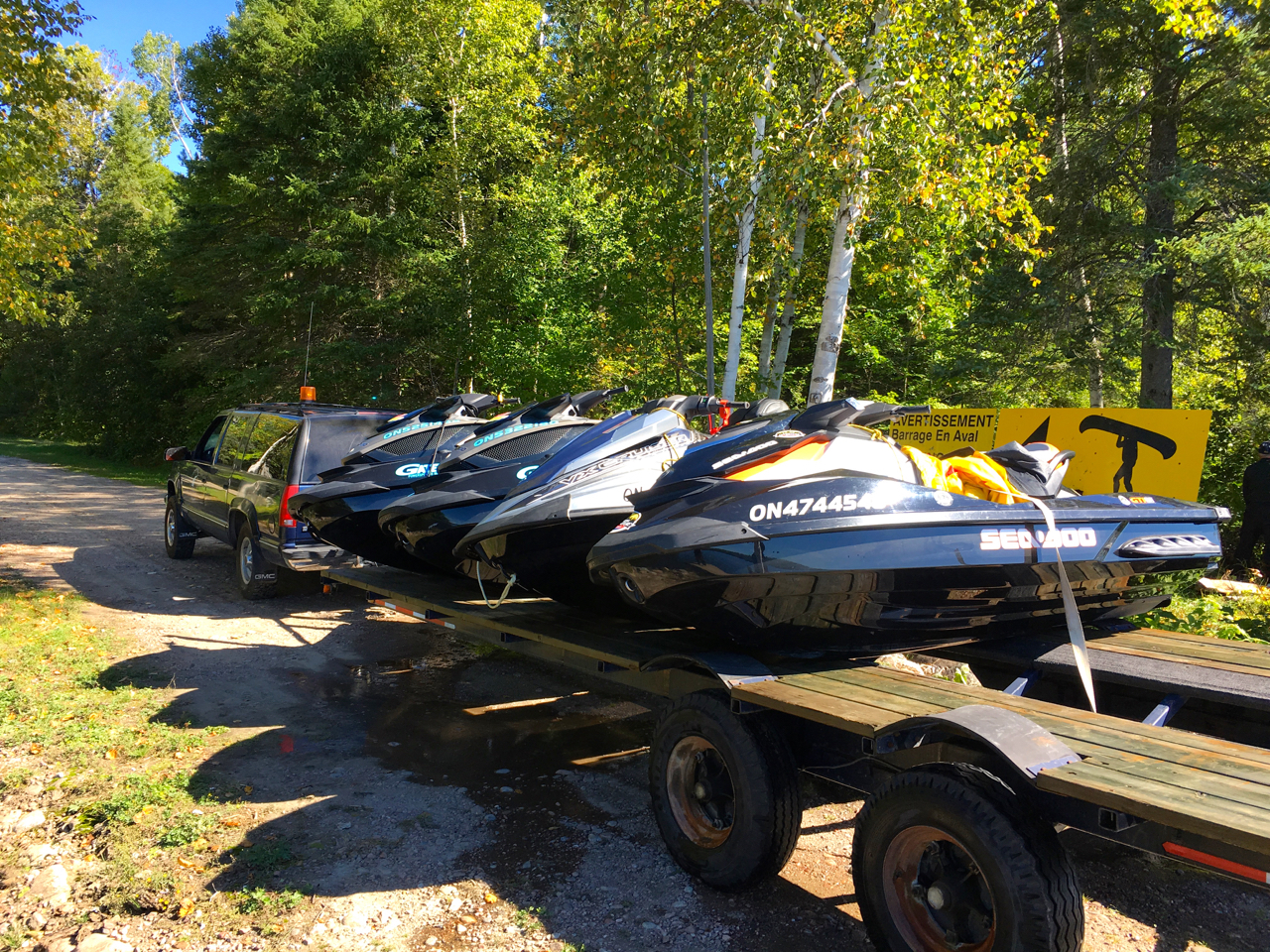 Because it wasn’t directly my fault (I was present, but it wasn’t my toy hauler), I won’t even dwell on that marathon drive from Toronto to Thunder Bay. We towed a huge, multi axle flatbed trailer with six machines aboard that blew tires all the way. The only good news was that they went flat one at a time. Thus, we limped our way to our destination by stopping at every Canadian Tire store on route to pick up another replacement.

Lessons learned from this trailering mistake: It’s better to rely on your own well-serviced and maintained trailer – unless you want to contribute to the cost of replacing all of someone else’s tires. If you’re not alone, everyone will know what happened before you get home. 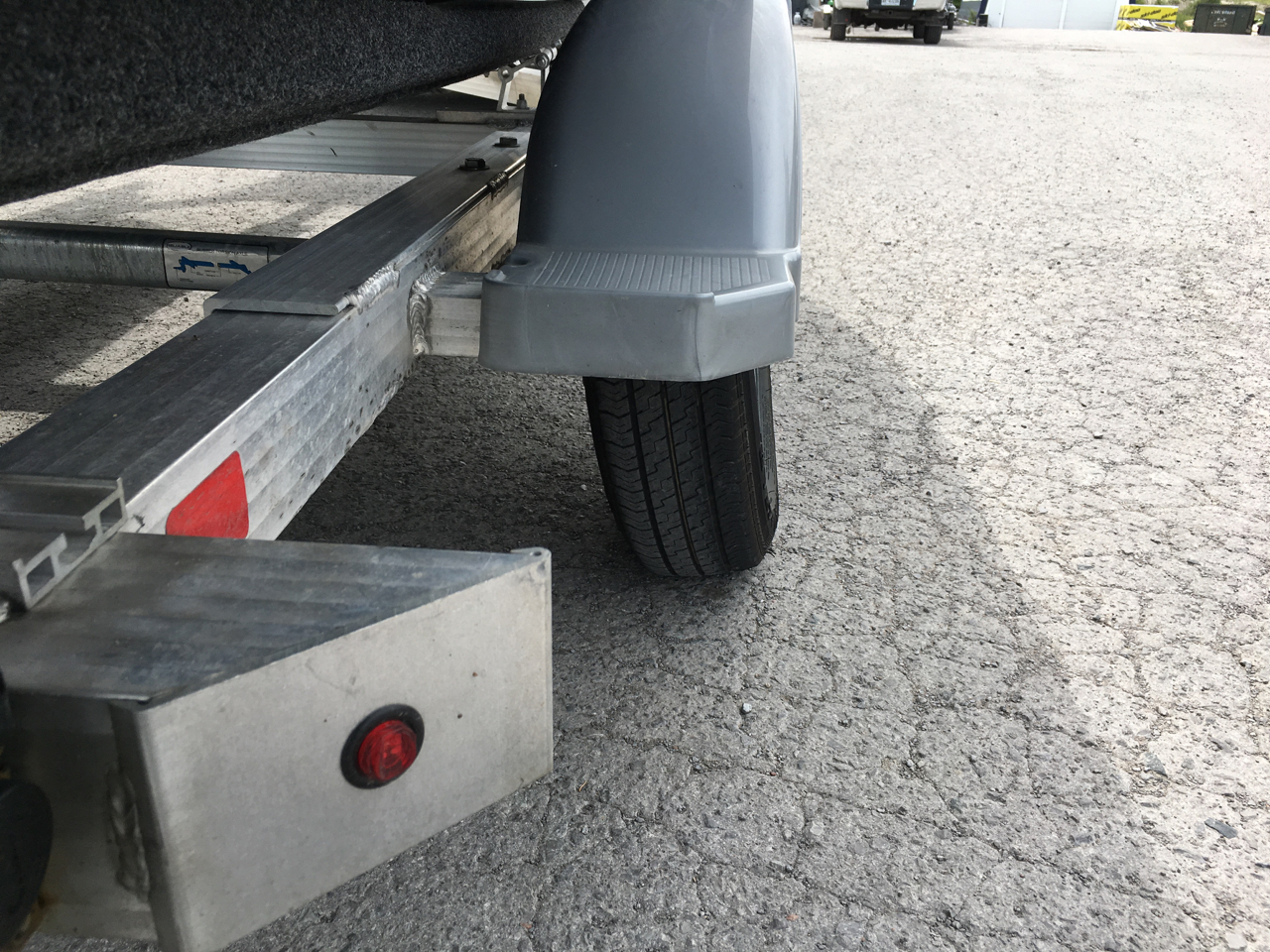 Recently, I learned from another costly trailering mistake. My wife (who is always warning me to watch out for curbs) and I were towing my two Sea-Doo watercraft. We were in the curb lane of a Toronto street, on our way to the highway. Suddenly, I saw a fire engine coming up beside me. Instinctively, I steered slightly more to the right to get out of the way. Sadly, my passenger side trailer wheel thumped into the curb at about 40 kilometres per hour. But the tire didn’t blow so I assumed everything was okay. I assured my wife we were still good to go. Well, not quite…

The tire pressure held. I felt no discernible difference in tow feel or how the trailer looked in the rear view mirrors. But a passing trucker pointed to my trailer 15 minutes later on the highway. It wasn’t until I pulled over to look that we noticed. The entire passenger side tire was rolling at a rakish angle instead of perpendicular to the pavement.

I called my Triton trailer rep, Paul McNicol, on speakerphone. He listened to my story and diagnosed a bent axle. He speculated my angled tire was wearing with its edge now the main contact point with the road. I had somewhere between 100 and 1,000 kilometres before it blew. Paul also advised me that the bearing was now in danger of overheating thanks to the increased strain from the tire angle. That prognosis certainly made for a tense drive. I kept reassuring my wife (who tactfully refrained from saying “I told you so”) that we would make it the hundred or so kilometres to my dealer for repairs.

Lessons learned from this trailering mistake: Be more careful to avoid curbs and potholes while towing. And be thankful when the only other witness is your wife – if you’re suitably contrite, no one will know what happened (unless you have a blog and share it with the world).

I’ve heard of many other trailering mistakes among jet ski riders and recreational boaters. They range from backing into things, to doing damage when cutting a corner, to denting a bumper while trying to hitch up. I may have a vague recollection of personal experience with some of these, but I don’t want to totally blow my credibility all in one blog! Meanwhile to avoid more trailering mistakes, you can also benefit from my lessons learned while launching or reloading your PWC, jet ski or other pleasure craft at a boat launch.